Today is a lovely sunny day, show your happiness within, welcome everyone with a smile and you melt the burden in them. 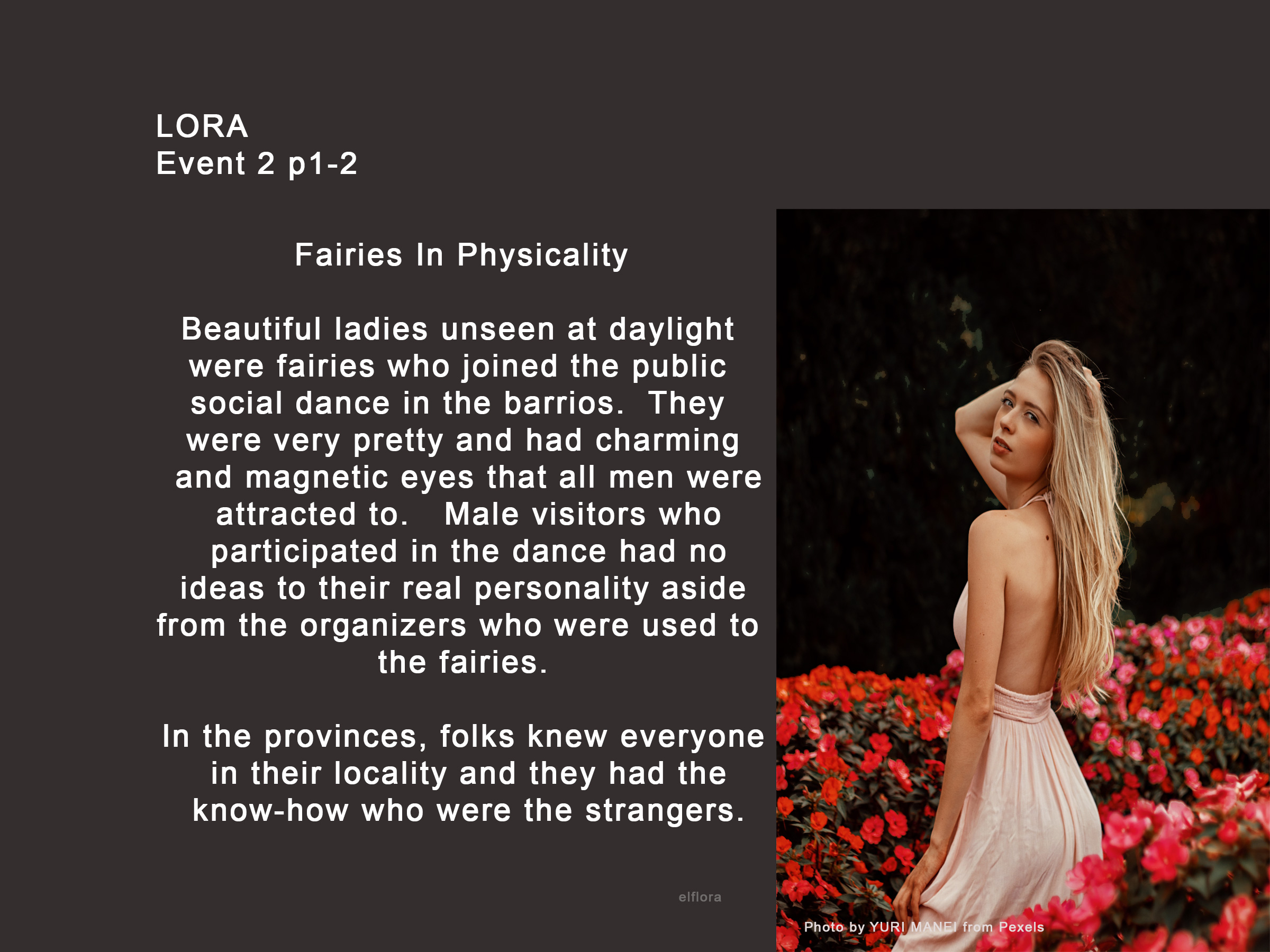 Beautiful ladies unseen at daylight were fairies who joined the public
social dance in the barrios. They were very pretty and had charming
and magnetic eyes that all men were attracted to. Male visitors who
participated in the dance had no ideas to their real personality aside
from the organizers who were used to the fairies.

In the provinces, folks knew everyone in their locality and they had the
know-how who were the strangers.