Negligence costs so much. 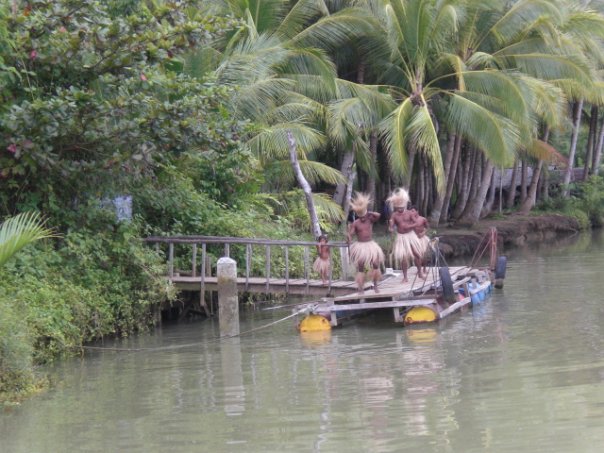 My father worked in a very, very far island in an American owned sawmill.  He, then brought us,  the whole family, with him.  I was seven years old that time, so I was enrolled in grade one.  The school was so far that I had to walk a long, long way.

Beside our house was the workplace of my father during his day off from work.  He was fondly called ” Panday”  or blacksmith, molding and making bolos for the natives and other folks.  One day, I teased a  little native boy, “well, well, you wore g-string!”.  He cried out and reported to his father what I said to him.   His angry father looked for and summoned me.  My mother hid me by lying native mat on our bamboo floor.   He was so determined to attack  and continued chasing me pointing his dagger to the floor.  I did not go to school for almost a week because I was afraid of him.  But, I had to attend my class, so I bravely went to school, walking within the rice fields cautiously.

My father tried to appease the native boy’s father and appealed forgiveness for me.  Since, he was my father’s friend,  he forgave me.  Thanks God!  I was relieved, and could go to school freely and at ease after the incident..