it invites you to sway in its melody 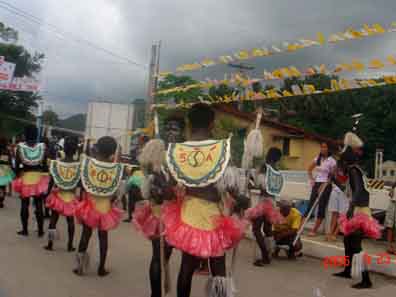 Ati-atihan is an enjoyable native festival which is celebrated yearly in several provinces in the name of  the Patron Senior Sto. Nino that  caters visitors from neighboring towns and most especially tourists who are aware of the schedule of festivities.

I take advantage of the opportunity to attend Ati-atihan in a certain place during my vacation to the province and join in a group of my former schoolmates.   Apparently, I notice a guy following me persistently until I reach my previous boarding house,  presenting himself and eager to know me. I tell him I am already taken but he does not believe.

Week later, I am bewildered seeing him in our town that  market day.  I have no idea where he lives or come from.  Seeing me in a maternity dress, he is convinced that I tell him the truth.

That is our last encounter.