POWER begets HUMILITY and not arrogance. 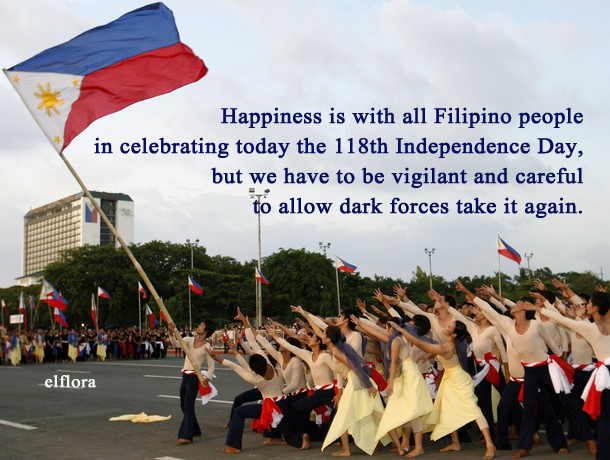 Happiness is with all Filipino people
in celebrating today the 118th Independence Day,
but we have to be vigilant and careful
to allow dark forces take it again.

Countless lives were lost for our FREEDOM,
countless were victims of fake trials,
yet now countless fellow Filipinos want
to experience the life of slaves from a tyrant.