Good opportunity has its advantage in the future.

The Birth Of Grayish Batch 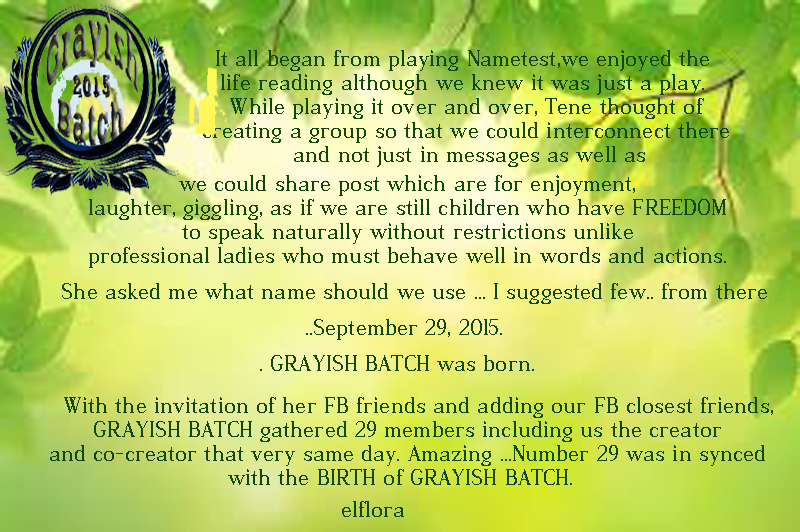 It all began from playing Nametest, we enjoyed the life reading although we knew it was just a play.
While playing it over and over, Tene thought of creating a group so that we could interconnect there
and not just in messages as well as we could share post which are for enjoyment, laughter, giggling
as if we are still children who have FREEDOM to speak naturally without hesitation unlike professional ladies
who must behave well in words and actions.

With the invitation of her FB friends and adding our FB closest friends, GRAYISH BATCH gathered 29 members
including us the creator and co-creator that very same day.

Amazing …Number 29 was in synced with the BIRTH of GRAYISH BATCH.